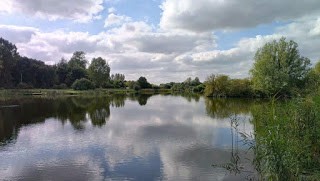 The most recent Association of Crucian Anglers fish-in took place at Hinderclay lakes in Suffolk. The fishery is more known for it's match fishing then it's crucian fishing but is gaining a reputation for producing big catches of crucians. It's not unusual to have in excess of 20-30 in a day session with most fish being in the 1-2lb range. Plus the odd bigger 2lber. The lake we would be angling on was Spring lake. The largest on the complex. Stuart, the owner of the venue kindly reserved the whole of the deep water bank for the fish-in. There were 7 members fishing so this gave us plenty of choice. There were classic crucian swims all along the bank with Lillie’s, overhanging trees and reed lined margins.

It did not take long for the swim choices to be made. Robert Turrell was just fishing for the day so he made the most of his time and the first crucian was swiftly landed. It did not take long for the news to filter down the lake of the first capture. There was a steady trickle of crucians coming out over the morning and into the afternoon. The crucian fishing was not as fast paced as expected but the Bream were keeping us busy in between the crucian bites! Kevin Sanders had some fun with a rather large Carp that stripped the line from his centre pin at an alarming rate! Unfortunately this did not end well and the fish found it's way to the other side of the lake and shed the hook! Not long after this though Kevin put the net under a 2lb crucian. Most of the lads had caught a few crucians by the time mid afternoon came around. 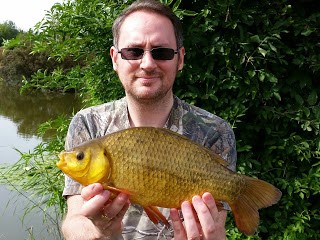 Chris Netto was not setting his stall out completely for crucians and had a ledger out for the Perch. Commercial waters like this often produce big Perch. He had been getting constant bites using prawns as hook baits but up to now only small Perch were falling to his rod. One fish coughed up a small Roach so the Perch were feeding well. As the evening was drawing ever closer there was the hope a bigger fish may come along. Alas the bigger fish stayed a mystery so maybe it would be worth a go for them come the Autumn? 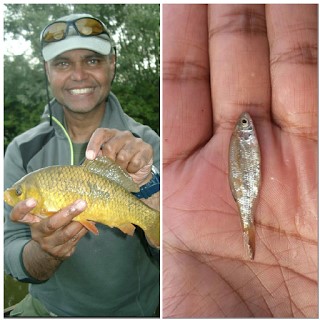 By mid afternoon everyone was pretty hungry. Our hunger was postponed for a while as earlier Robert Turrell made a trip to the local shop and bought ice cream for everyone. It was much appreciated as the sun was shining all day! Good for the tan but not for the fishing! We all gathered around the bbq and tucked into the burgers and sausages (not so much the salad). We had a good feed and a good chin wag about all things fishy before getting back to our swims and settling for the night.
Evening fell and it was getting increasingly difficult to see the float. Kevin dropped a method feeder in the margin and within a few minutes had a take that turned out to be a Cucian of 1lb 8oz. A few of the guys came equipped to float fish through the night and had several crucians between them. Others elected to get some sleep and make an early start the following morning. 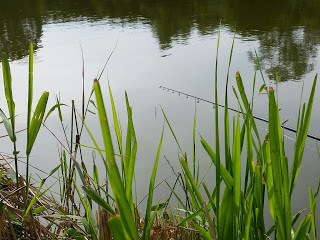 The 2nd day continued in the same fashion as the 1st with a steady trickle of crucians falling to float tactics. Luncheon meat and pellet paste seemed to catch well. Chris Turnbull ended up with around ten crucians to 2lb 4oz and most of the lads had 4-8 crucians each. While nowhere near as prolific as it can be we still managed to net around 40 between 7 of us. Not forgetting the ravenous bream! 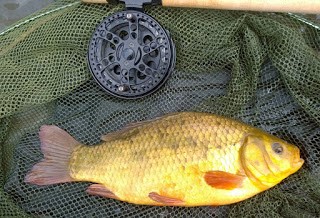 Chris Turnbull decided to return the next day for a follow up day session. He went on to catch as many on a day session as he did during the whole of the fish-in! 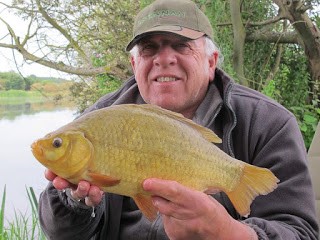 If you can make it to Hinderclay you may be in for one of the big catches it is getting a reputation for. It will be well worth the trip! 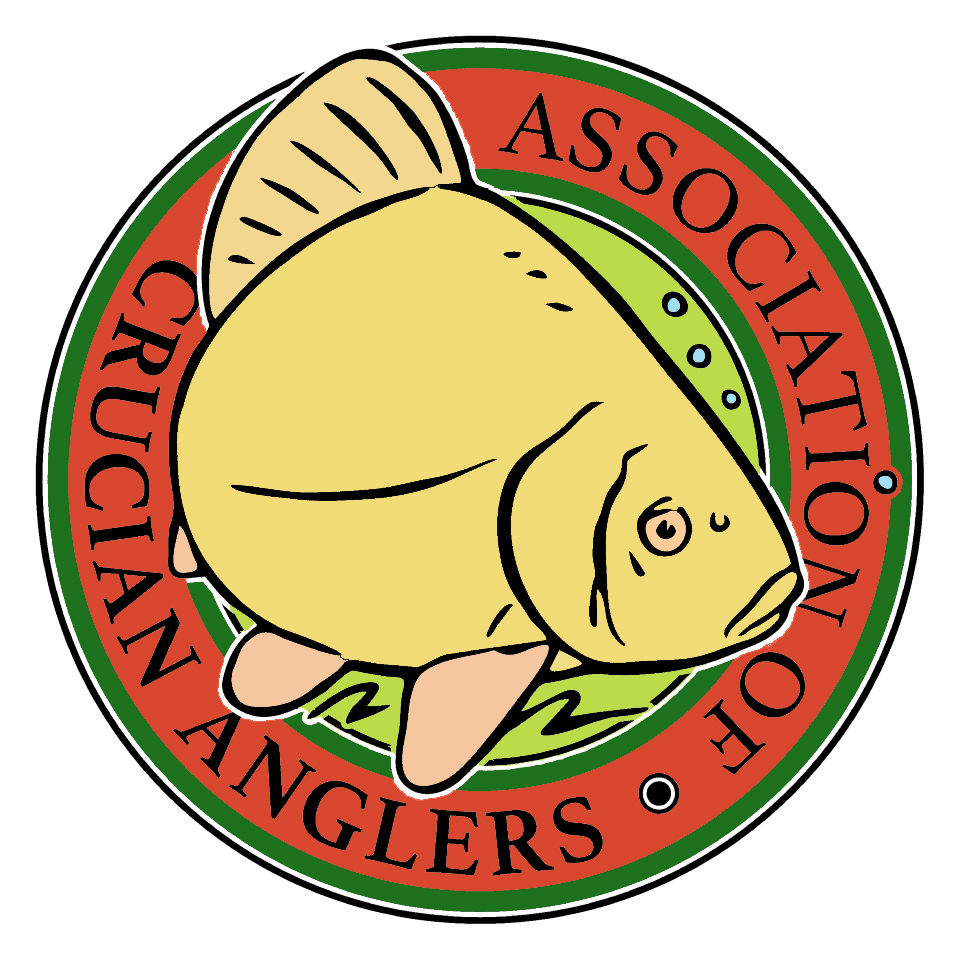 The Association of Crucian Anglers (ACA) is a group set up to spread information about crucian carp and further the conservation of this endangered species in the UK. The aims and objectives of the group are to help further anglers interest in fishing for crucians, to promote their conservation, to support the preservation of waters containing them and encourage the creation of new specialist crucian fisheries. 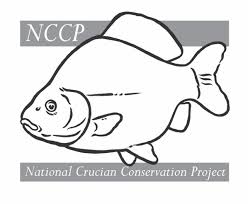 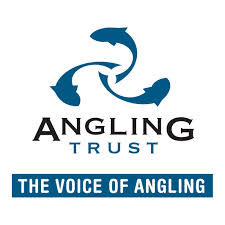 The Voice of Angling